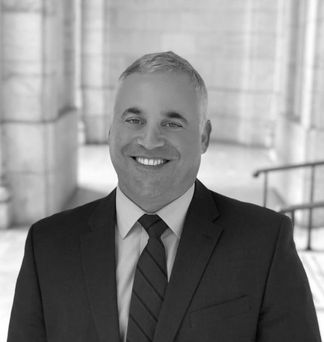 Partner
Contact Seth Lehrman
We are here to talk

Mr. Lehrman is a member of the Florida Bar, the State Bar of California, and various other federal courts, including the U.S. Supreme Court. He is also a member of the American Association for Justice, serves on the AAJ’s Public Education Committee, Florida Justice Association, and Broward County Justice Association. The Legal Aid Society of Broward County has recognized Mr. Lehrman several times for his outstanding contribution of pro bono legal service.

Mr. Lehrman serves the community as a volunteer board member of several organizations including the Daniel D. Cantor Senior Center, the Cornell University College of Human Ecology Alumni Association (HEAA), and the South Florida Chapter of US Lacrosse.

Hirsch, et al. v. Jupiter Golf Club, LLC, No. 13-cv-80456 (S.D.Fla.) Mr. Lehrman was one of the class counsel and trial counsel in a class action lawsuit against Trump National Golf Club Jupiter (Trump). Mr. Lehrman and his partners pursued breach of contract claims on behalf of a class of sixty-five club members who claimed that Trump had removed them from the club membership and then failed to refund monies to them. Trump denied both that the class members had been removed from memberships and that any monies were owed. Mr. Lehrman deposed Donald Trump and Eric Trump. Mr. Lehrman and his partners won class certification, conducted a bench trial, and won.

Matute and McDonald v. Main Street Acquisitions Corp., No. 11-cv-62375-KMW (S.D.Fla.) As co-lead counsel Seth Lehrman obtained a settlement valued at more than $6 million for more than 900 Florida consumers. The case challenged collection activity performed by a debt collector that had failed to maintain the registration required by the State of Florida.

Fraser v. Asus Computer International, No. 12-00652 (N.D.Cal.) Seth Lehrman and co-counsel obtained a class action settlement on behalf of purchasers of Asus Transformer Prime EE TF201 tablet computers. The lawsuit claimed that the Asus tablet was defective because the GPS did not operate. The settlement afforded every purchaser the right to claim $17 and a piece of hardware that enabled the GPS to work properly.

Villaflor and Brice v. Equifax Information Services LLC, No. 09-cv-00329-MMC (N.D. Cal.) Co-lead counsel in class action lawsuit claiming that Equifax violated FCRA by failing to accurately and clearly report mortgage and car loans that had been paid and closed. Nationwide class action settlement valued at more than $10M that provided 60,000 class members with twelve months of credit monitoring service and required Equifax to change its file disclosure format and website to ensure clear and accurate reporting of accounts that have been paid and closed.

U.S. v. Rothstein, No. 09-cr-60331 (S.D.Fla.) As pro bono counsel, Mr. Lehrman represented thirty-seven innocent victims of the largest Ponzi scheme in South Florida. Scott Rothstein betrayed the trust of his law firm’s clients and violated the Florida Bar’s Rules of Professional Responsibility when he stole client settlement monies that were being held in the law firm’s trust account. Lehrman pursued a series of forfeiture, restitution and bankruptcy claims, on behalf of his clients and obtained a 100% recovery of more than $1 million.

The National Association of Distinguished Counsel (NADC) is an organization dedicated to promoting the highest standards of legal excellence. Its mission is to objectively recognize the attorneys who elevate the standards of the BAR and provide a benchmark for other lawyers to emulate.

In an effort to assist companies in the selection of qualified outside counsel and referrals, The American Lawyer Magazine (ALM) and Martindale-Hubbell, the company that has long set the standard for lawyer ratings present Top Rated Lawyers®, a series featuring lawyers who have achieved AV Preeminent® Peer Review Rating.